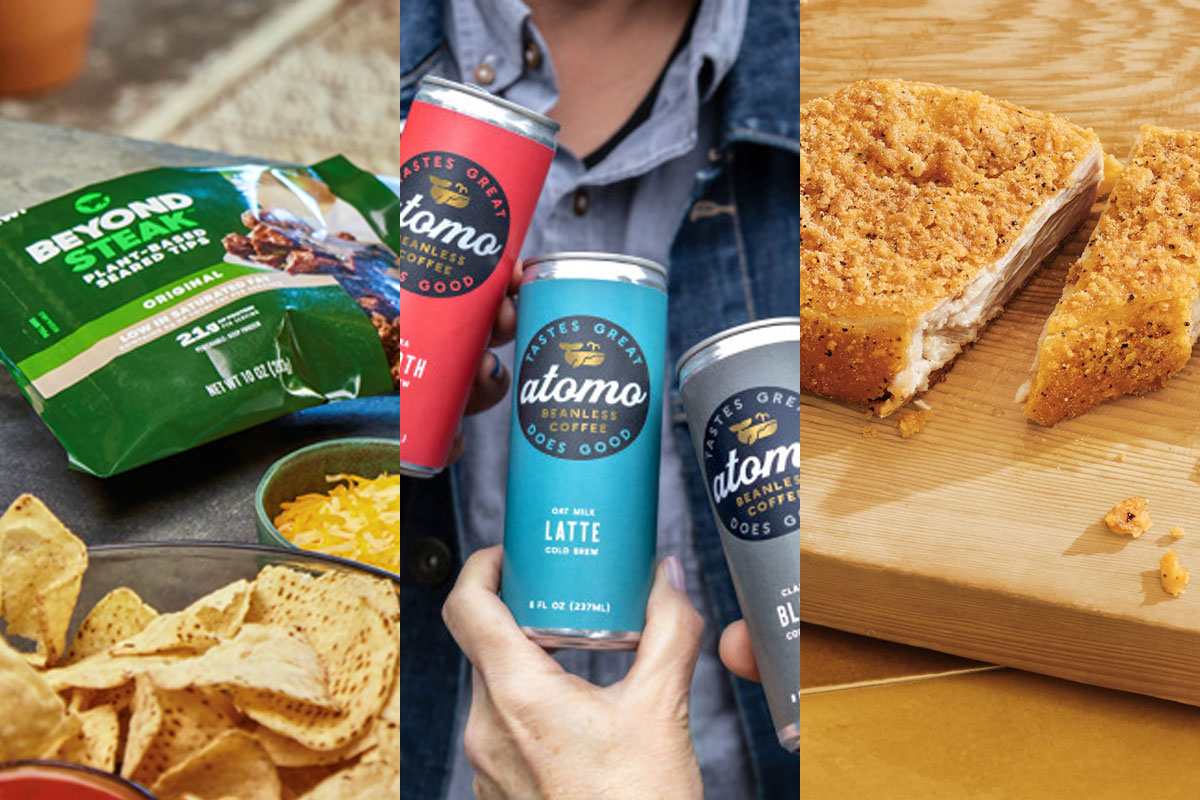 NEW YORK —Animal-free meat alternatives and new takes on coffee are among the best innovations of 2022, according to Time Magazine. The publication’s annual Best Inventions list spotlights 200 products and ideas introduced in the past year, including several food and beverage items.

The magazine solicited nominations from its editors and correspondents, and through an online application, evaluating contenders on originality, efficacy, ambition and impact.

Beyond Meat’s new plant-based steak product made the list alongside mushroom-based meat alternatives from Meati Foods and MyForest Foods. Launched in October, Beyond Steak replicates the fibrous texture of its conventional counterpart using fava bean and wheat gluten as key ingredients. Time pointed to its high-protein and cholesterol-free claims as key benefits.

Seared and chopped into bite-size pieces, the frozen product may be prepared in a skillet or air fryer for a meat-free spin on fajitas, stir fries, sandwiches, salads and more. It represents the “first” step toward whole-cut steak products made from plants, said Ethan Brown, founder and chief executive officer of the El Segundo, Calif.-based company.

Meati Foods, a meat alternative maker based in Boulder, Colo., this spring introduced a line of crispy and classic cutlets. The whole-cut chicken alternatives are 95% mycelium, the vegetative part of fungus consisting of branching, thread-like fibers.

The high-fiber and low-fat cutlets may be pan seared, baked or grilled like animal meat. Following the launch in March, Meati partnered with chef David Cheng to create cooking tutorials and recipes for the products.

“I’ve been following plant-based innovations for years and I can say without hesitation that the food Meati delivers is unmatched in terms of ingredients, texture and taste,” Mr. Cheng said.

MyForest’s whole-cut approach to plant-based foods is enabled by the proprietary AirMycelium cultivation method, which offers control over mycelium’s shape and density as it grows.

Matthew Roberts and Douglas Hoon, co-founders of Cometeer, partnered with chemists and coffee experts to design a proprietary brewing system. The system allows for more control over certain elements of the brewing process, including water chemistry and extraction yields. The result is a “10x strength brew” that is flash-frozen in liquid nitrogen to lock in flavor and aroma, according to the company.

The products are nearly identical to coffee on a molecular level but have a much smaller environmental impact, requiring 94% less water and producing 93% less greenhouse gas emissions, said Jarret Stepforth, co-founder of Atomo Coffee.

“The acceptance of agriculture alternatives has been proven with meatless meats and dairy-free milk,” he said. “We want to continue that movement in a category that we feel passionate about.”

The containers circumvent the negative environmental impacts of wild shrimp farming, which harms other wildlife, as well as traditional shrimp farming, which threatens mangrove forests in coastal areas. Atarraya’s shrimp boxes can produce 1.5 tons of “fresh, never frozen” shrimp annually and are expected to be commercially available next year, according to the company.