BOSTON — Whether easing cost pressures will translate into margin recovery for the baking industry after a period of margin compression remains to be seen, said A. Ryals McMullian, president and chief executive officer of Flowers Foods, Inc., Thomasville, Ga.

Mr. McMullian was asked about the outlook for profit margins by Andrew Lazar, a senior research analyst for Barclays Bank PLC. The two spoke Sept. 8 as part of the Barclays Consumer Staples Conference.

Mr. Lazar cited a “building concern” that when supply chain constraints and inflation rates ease, food companies will face pressure from retailers to “promote back at higher-than-normal levels” to a degree that margin recovery that typically occurs “on the other side of an inflation curve” will not materialize. 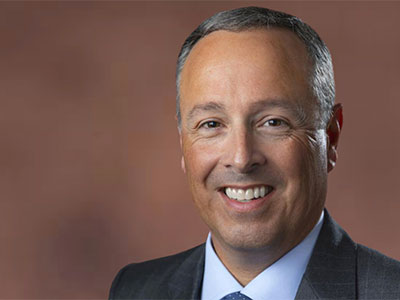 
Factors other than pressure from retailers may drive margins in the months ahead, Mr. McMullian said.

“It’s hard to know until you get there, exactly what the environment is going to look like,” he said. “It would certainly be my desire to capture the increased margin that we will have once we get through this period. I don’t know whether that will happen or not. You could get competitive pressure. You could get retailer pressure.”

Mr. McMullian also noted that for the most part, Flowers Foods was not subject to supply disruptions that adversely affected many large consumer packaged foods companies.

“Except for the packaging disruption that we had a little bit earlier in the summer, our fulfillment rates have remained pretty constant,” he said. “Now there’s always room for improvement to be sure. But I don’t think we’ve experienced that quite like perhaps some of the other food companies have.”

He went on to note that with direct-store delivery, the company’s independent distributors not only deliver product to the store but they merchandise it as well.

“Then, of course, we take back that which does not sell,” he said. “So it’s a pretty high level of service that we’re providing to the reseller.”

Mr. McMullian said the margin story will play out against a backdrop in which the profitability baked foods confer to retailers is not reciprocated.

“I believe that this industry deserves higher margins to begin with,” he said. “We are as a category one of the most profitable areas of the store for the grocer, for the retailer. We’re also one of the ones with the lowest margins. And I spoke a little while ago about the level of service that we provide to the retailer. I think that we are delivering value that does deserve higher margins. So it would certainly be my hope. Hope is not a strategy. But until we get there, we won’t know that we’re able to retain some, if not all, of the margin that we would capture once inflation subsides.”