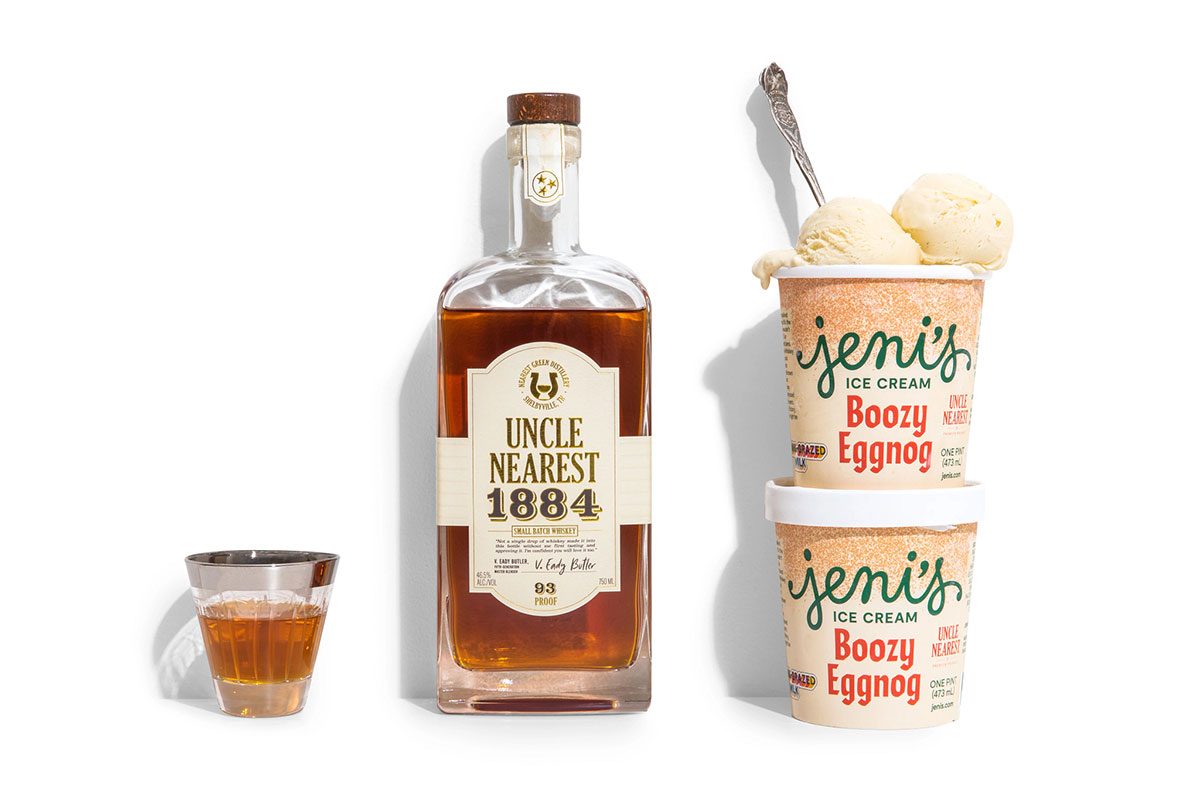 COLUMBUS, OHIO – When Jeni’s Splendid Ice Creams decided to tweak the recipe on one of its old holiday season favorites, the company teamed up with Uncle Nearest Premium Whiskey to reintroduce its Boozy Eggnog.

The ice cream maker first began bringing spiked eggnog flavors to its scoops more than 10 years ago, and this year partnered with Shelbyville, Tenn.-based Uncle Nearest to add the brand’s 1884 Small Batch Whiskey to the recipe.

The limited-edition flavor also incorporates grass-grazed milk for its salted egg custard base, and features nutmeg, according to Jeni’s. The company describes the whiskey as a component that flavors the ice cream “like a complex vanilla, with notes of caramel for a sweet ﬁnish.”

Founder Jeni Britton shared that the ice cream flavor is inspired by her grandfather, who always spiked his eggnog with whiskey during the holidays.

The gluten-free flavor launched Oct. 27 at Jeni’s scoop shops and will be available for purchase throughout the United States via jenis.com.

Uncle Nearest is a female-led company that honors the world’s ﬁrst-known African American master distiller, Nearest Green. Its portfolio has garnered more than 550 awards and accolades since the brand launched in 2017. Better Together creates beer and pretzel pairings for the fall