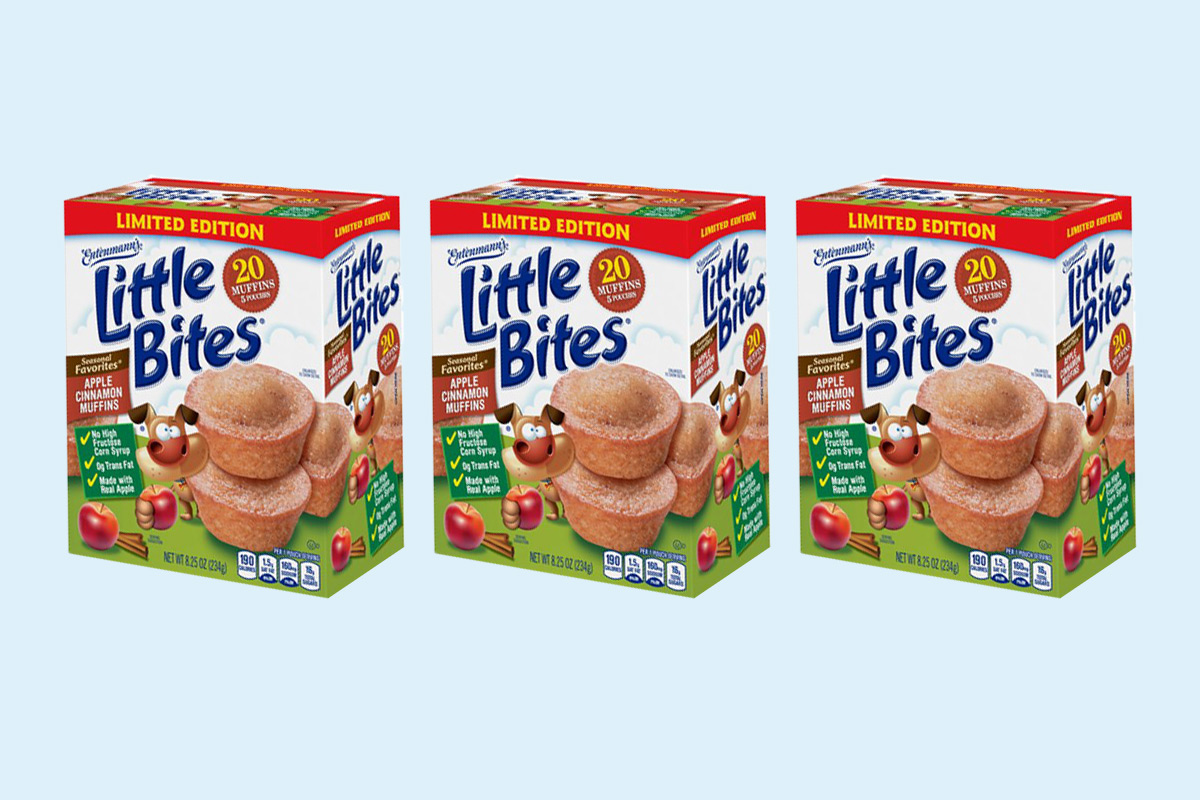 Featuring apples and cinnamon on the ingredient list, the Little Bites Apple Cinnamon Muffins do not contain high-fructose corn syrup or trans-fat and clock in at 200 calories per pouch of 4 muffins in a box of 20.

“For more than 20 years, we’ve continued to release flavor innovations that make snacking just as fun as it is delicious,” said Moira Flood, senior brand manager for Little Bites Snacks. “That’s why we’re excited to reintroduce Little Bites Apple Cinnamon Muffins this fall. As the perfect addition to all of your favorite festivities this season, our limited-edition apple cinnamon muffins are guaranteed to help families make memories on-the-go.”

Available now through March, the miniature apple cinnamon muffins can be purchased online and at retailers nationwide.